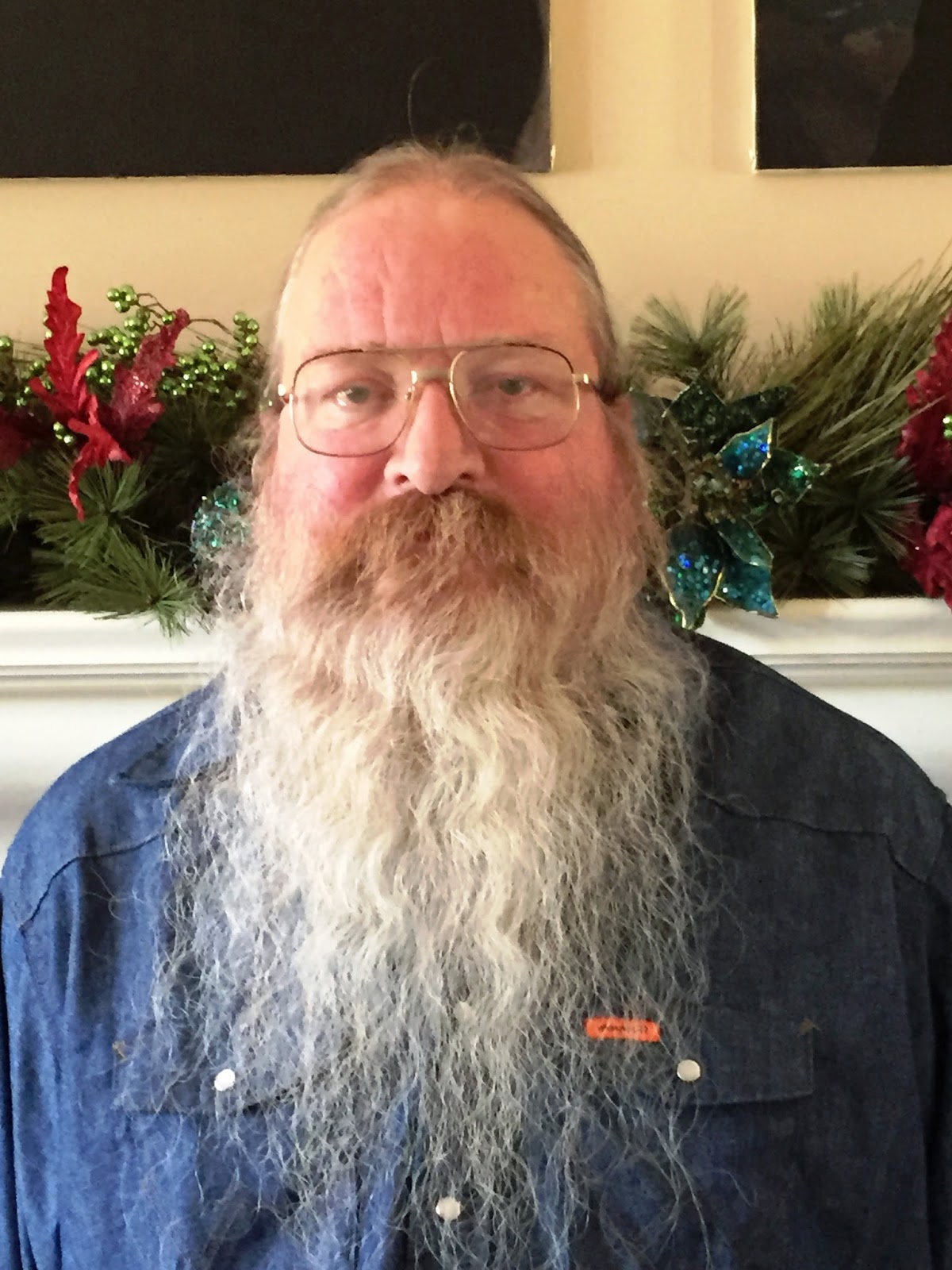 Being a part of the community means more than just living it, according to Ron Sovine, this year’s Outstanding Citizen of Jeanerette. Sovine will be honored by the Jeanerette Chamber of Commerce along with other achievers in the community on Feb. 6 at the Ward Eight Recreation Center.
Although Sovine did not grow up in Jeanerette, he found Jeanerette to be the perfect community for him when he moved to it in 2001.
“It’s historic and on the Teche,” he said. “I like waterways. I’ve always lived in a small town even when I lived in Dallas and Houston. I never liked big cities.”
Shortly after becoming a resident, he decided to take an active role by helping in the community through his volunteer efforts.
“I would like for Jeanerette to grow and be a better place to live. I like to do what I can to make that happen,” Sovine said.
Sovine said he was honored and humbled to be chosen as Jeanerette’s Citizen of the Year but added that “there’s a lot of deserving people in this town.”
He encourages everyone that lives in the community to help it grow and become a better place to live. Sovine has many goals for the city which he hopes to help it achieve.
“I want to see Jeanerette become a Main Street community,” he said. “I want to see the historic district become a thriving economic entity. I would also like to see Jeanerette go into the 21st century with Wifi and available free hot spots down Main Street.”
Sovine said that Jeanerette was the perfect place for citizens to live and work because of its location between Lafayette and Morgan City.
“It’s an ideal location for people who work,” he said. “People who are used to commuting 20 to 30 miles would find Jeanerette attractive. It could be a bedroom community because property is inexpensive.”Growth of the city, is something that city leaders should address and become more aggressive on to grow the city’s tax base, Sovine added. He also said that Jeanerette is ideal for small businesses.
“Jeanerette has a lot of walk up customers and people that don’t drive. Small businesses whose main emphasis is walk up customers would capture those that want to shop locally,” Sovine said.
Sovine has been an outstanding member of the community serving in various organizations for many years. His inspiration and drive has led the city to expand towards historic preservation and economic development. Sovine has recently been one of the organizers of the first Jeanerette Live community event to bring recognition to the city along with a bonding of the civic, public and nonprofit organizations. His achievements have included serving as a certified local government coordinator for the City of Jeanerette.
Sovine also serves as chairman of the Jeanerette Historic Advisory Commission where he has been a commissioner since 2005 to aid in the preservation efforts of the Historic District.
Sovine has served on the board of directors of the Jeanerette Bicentennial Park and Museum for over two terms where he has helped the museum with technology and also worked towards the development of the new Historic Jeanerette Walking Tour.
Sovine is also a dedicated member of the Jeanerette Landmark Society where he has served on the board of directors since 2011 and has held the office of treasurer. He is also serves in the Jeanerette Historic Preservation Foundation and can often be seen helping at many fundraisers for various non profit organizations.
Sovine is currently employed as an I.T. Consultant for the Oil and Gas Industry and was employed as an I. T. Professional by Atlantic Richfield Company.
Sovine holds a Bachelor of Science degree in zoology from Louisiana State University and a Master of Science degree in computer science from the University of Southwestern Louisiana. He is a graduate of Woodlawn High School of Baton Rouge and is married to Elizabeth Bourgeois Sovine. The couple has three children and two grandchildren.
Posted by Jeanerette News at 1:26 PM No comments: 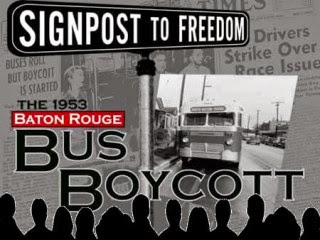 The Jeanerette Museum is hosting a public film viewing of the one hour documentary, Signpost to Freedom: The 1953 Baton Rouge Bus Boycott, at 6 p.m. on Wednesday, Feb. 11. The film, produced by  Louisiana Public Broadcasting, recounts the circumstances and events that led to the nation’s first large-scale boycott protesting segregation and then examines its impact on the evolution of grassroots civil rights activism across the country during the early years of America's Civil Rights Movement. For more information on this free film viewing, contact the museum Tuesday-Friday from 10 a.m. to 4 p.m. at 337-276-4408, visit their webpage at www.jeanerettemuseum.com.
Posted by Jeanerette News at 1:19 PM No comments: 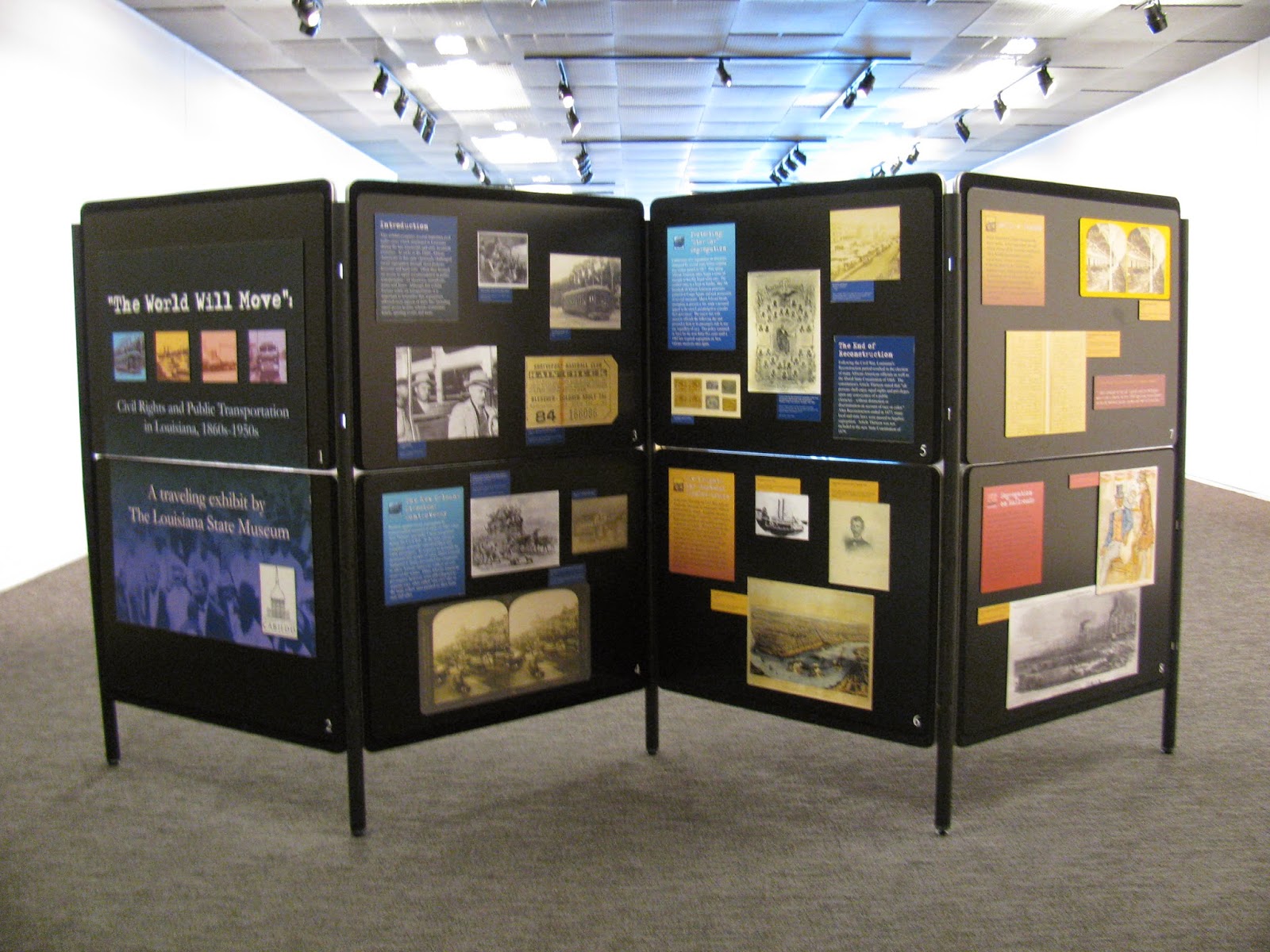 The Jeanerette Museum is hosting the traveling exhibit, The World Will Move: Civil Rights & Public Transportation in Louisiana 1860s-1950s from Jan. 26 through March 20. The exhibit from the Louisiana State Museum uses vintage photographs, prints, newspaper articles and artifacts to tell the story of African Americans who challenged discrimination on streetcars, steamboats, trains and buses.
Posted by Jeanerette News at 1:18 PM No comments: 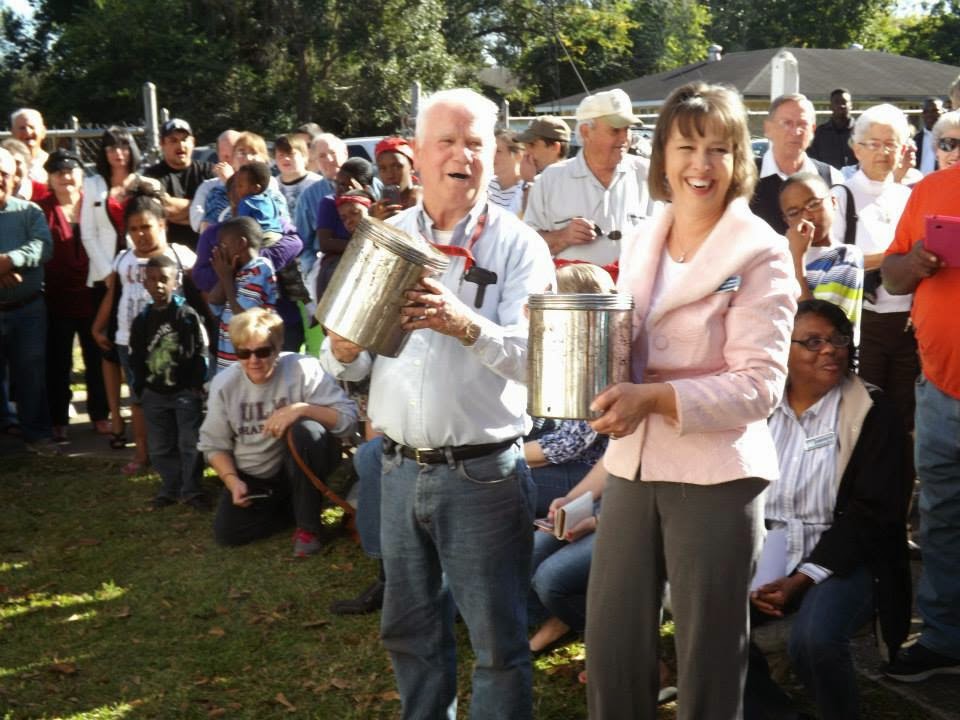 Jeanerette Museum Board Chairman Andre Rosamond and Vice Chairman Gail Garcia hold the time capsules that were dug up during the museum's celebration, Yesterday's Tomorrows held on November 9, 2014.
The time capsule had been buried for 10 years. The museum also opened a local exhibit, Jeanerette Through Photos, 1900-2000. The exhibit remains on view at the museum. Also during the day, the museum celebration included music by Gal Holiday and the Honky Tonk Revue.
Posted by Jeanerette News at 1:15 PM No comments: